Was the Resurrection of Christ borrowed from pagan myths? (part 2) 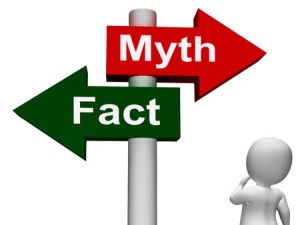 In my previous article I listed six fallacies of the theory that the resurrection of Christ was borrowed from pagan myths.  In this article we will separate myth from fact, and truth from exaggeration, as we look at some examples.

The Claims: Attis was a saviour slain for mankind, he was crucified on a tree on “Black Friday”, after three days he was resurrected.  The taurobolium connected with the religion of Attis and Cybele was a blood baptism by which one was born again.

The Truth: Attis was never recognized as a “saviour”, only as a protector of tombs. Attis was not crucified on a tree, but simply died under a tree.   There is no reference to Friday, “black” or otherwise.   In several of the stories of Attis, he dies after going crazy following the murder of his lover,  and bleeds to death after castrating himself.  His blood make flowers grow out of the ground.    The goddess Cybele is only able to  preserve the body of Attis so that his hair keeps growing and his little finger moves. The only story that approaches a resurrection was a later addition to this religion in the mid second century.  The taurobolium was not looked upon as a rite for salvation until about 400 A.D., too late for Christian borrowing.   For more on Attis, see this article.

The Claims: Osiris was resurrected from the dead.

The Truth: In the story, Osiris was slain by his brother, his wife Isis collected all the pieces of him and revived him as “Lord of the underworld, king of the dead”.  He never was portrayed as coming back in a glorified body.  He never returned to the living world. This follows from the Egyptian view of the afterlife.  They preserved the body by mummification, left bread and wine in the coffin, and taught that the personality of the deceased hovered around the dead body. For more on Osiris and Horus, see here.

The Claims: Crucified on a tree, rose from the dead, ascended into heaven, virgin birth.

The Truth: In the story Krishna is not crucified but rather struck by a hunter’s arrow through the heel.  There is no mention of a tree. There also is no mention in the Gita or any other official Hindu scripture of a bodily resurrection, only an ascension where he left his body behind.   His mother was married and had six children before Krishna.  For more on Krishna, see here.

The Claims: Virgin birth on Dec. 25th, had 12 disciples, was buried and rose in three days.

The Truth: Born as an adult of of a solid rock!  Had several animal companions but no 12 disciples mentioned.  There was a bull slaying scene carved in stone from after Christ’s time that shows 12 surrounding human figures.  This may be where the “12” came from.   According to Mithraic scholars, they represent the symbols of the zodiac.  Furthermore, there were two forms of Mithraism, a Roman form dating from no earlier than A.D. 90, and an earlier Iranian form.  In neither is there a recorded “death of Mithras” nor a resurrection.  The December 25th date is not found in the Bible and was instead connected to the pagan solstice celebrations.  For more on Mithraism, see here.

The Claims: Died and rose from the dead the third day.

The Truth: The only text that can be considered a parallels dates from after 150 A. D. , too late to influence Christianity.  He was said to have been killed by a boar and his worshippers proclaim him risen and ascended the next day.  There is not  a bodily resurrection described, however.  There is no hint of  a resurrection in the earlier accounts of Adonis. For more on Adonis, see here.

The Claims: Died and rose from the dead.

The Truth: The religion of Tammuz was later linked to worship of Adonis, whose “resurrection” accounts post-date Christianity.  He was said to have been killed by supernatural beings.  He was not resurrected in any kind of  bodily sense, rather,his dying and rising were connected to vegetation death/birth cycles. Actually his resurrection was assumed, but in some writings discovered more recently he is said to have been sent to the “underworld”  for the “alive” cycle. For more on Tammuz, see here.

The Claims:  Rose from the dead on March 25th, virgin birth on Dec. 25th,  rode in a triumphal procession on a donkey, killed and eaten in a eucharistic ritual,  was god of the vine and turned water into wine.

The Truth:He was torn to pieces and eaten by Titans (hardly a eucharistic meal!).    There are many stories about his supposed restoration to life, such as him being swallowed by Zeus, who then impregnated him into his mother again to be born “again”.  A supposed amulet of his crucifixion actually dates about 300 years later than Christ, and some experts think this amulet was a forgery, even though it appeared on a book cover promoting the pagan myth theory.   According to the stories he was not virgin born but  as a premature infant was sewn into Zeus’s thigh after his mother was killed.  The December 25th date is of course again related to the pagan solstice celebrations.

There are pictures of Dionysus riding on a mule, in a crowd waving ivy branches.  But this was a common depiction of kings being honored, and the ivy branches were religious symbols, unlike the palms of the Israelites.  There is no writings that have him turning water into wine, rather he was the god of grapevines and of drunkenness!   For more on Dionysus, see here.

For some extensive articles on the above imposters and more, see

In the final article in this series we will look at the uniqueness of Jesus’s death and resurrection.